Derry City keeping possession very well as the game seems to have lost its sting. The home crowd still in full voice.

Huge let off for Derry as William Fitzgerald hits over from close inside the box.

Ronan Hale gets in behind in search of his hatrick but his powerful strike is saved by Brendan Clarke.

Ronan Hale gets his second of the game after a period of pinball in the box. Brendan Clarke does well to save Ronan Curtis' close range effort but cannot keep up Ronan Hale's strike.

Aaron McEneff taps into an empty net after a spectacular move. Rory Patterson's backheel flick sent the ball into the path of Nicky Low who opted to go for a chipped effort over Brendan Clarke. The chipped effort cannoned off, of the crossbar falling to McEneff.

Sustained pressure pays off for Derry as they double their advantage.

Ronan Curtis slots home into the bottom right corner after a fluid passing move down the left Jack Doyle and Rory Hale both involved.

Delightful passing move from Derry with Ronan Curtis finding Rory Patterson finding Ronan Hale on the overlap his effort is blazed over the bar, massive chance for Derry.

Cian Coleman is booked for Limerick.

Limerick have pinned Derry deep in their own half for the past few minutes, they have failed to create any real chances as of yet.

Shane Duggan is booked for a cynical foul as Derry break.

Billy and Daniel Dennehy combine in the box to create a chance for the latter who just can't get a shot away.

Rory Patterson has a go from distance, around 25 yards out. The oppurtunity was created by Jack Doyle who carried the ball down the left flank for fifty or sixty yards before picking Rory Patterson out.

Darren Cole does well to prevent a corner as he cuts out a ball that could have seen Daniel Kearns get in behind.

Derry City begin the second half as they left off in the first, on the attack with swift passing moves.

Limerick get the second half underway.

Ronan Hale's spectacular goal is all that seperates the sides after an entertaing half of football.

Limerick win a corner at the old stand side. Shane Tracey's shoots after the ball breaks down but it tails wide.

One additional minute as Derry continue to attack.

Nicky Low wins a crunching challenge allowing his team to break Aaron McEneff plays it wide to Ronan Hale, his cross finds Rory Patterson at the near post but the striker directs the ball wide.

Shouts for a penalty from the home side as Ronan Hale beats Shaun Kelly to get into the area and appears to have been obstructed. Nothing given.

Fluid Derry City passing see's them win a corner. Aaron McEneff goes short to Nicky Low whose cross finds Ronan Curtis at the near post, he can't get much power on the effort leaving an easy save for Brendan Clarke.

Limerick go on the break after Derry City throw possession away, Danny Morrissey is forced wide his cross is rendered irrelevant due to a foul in the box.

Derry City throw in deep in the Limerick final third spectacular feet from Ronan Hale to find Rory Patterson who is bottled up and turned over.

Free to Limerick just inside the Derry half they opt to keep possession before launching a high ball forward which Darren Cole intercepts.

Darren Cole is forced to put the ball out for a Limerick corner. Billy Dennehy's corner is headed clear.

Limerick holding possession playing front of an organised Derry screen, moving with the flow of the ball.

Dangerous free kick for Limerick 25 yards from goal in a central postion. Billy Dennehy steps up striking brilliantly his effort has Gerard Doherty beaten before cannoning back off, of the post.

Credit to the small amount of travelling Limerick support, singing their hearts out and making themselves heard!

Jack Dolye clips a delightful dink ball into Rory Patterson who back heels the ball to Ronan Curtis. Ronan Curtis' effort from the edge of the box flies over the bar.

Shaun Kelly's deep cross drives hard and low towards the back post Danny Morrissey slides in at the back post but cannot get there, real chance for Limerick.

Derry play the ball around the Limerick area, an Aaron McEneff cross is headed down to Nicky Low. He does well to keep his effort down but it's easily saved by Brendan Clarke.

Ronan Hale tries his luck on the half volley from 35 yards spotting Brendan Clarke off, of his line, it very nearly paid off before tailing wide.

An injury brings Eon Wearen's game to an end early, hopefully nothing to serious, best wishes to him.

That goal has really settled the home side as they have began to dominate possession.

Derry go on the attack once again immeadiately Ronan Curtis showing fast feet before playing in Rory Patterson his effort is spilled by Brendan Clarke before being gathered at the second attempt.

Ronan Hale fires home a stunning effort from the right of the box staright into the top corner to give Derry City the lead.

The ball sails over everyone and out for a Limerick goalkick.

Jack Doyle has seen a lot of the ball in the early stages of his debut. The debutant is constantly an option for Derry.

Aaron McEniff trys to play through Rory Patterson but his pass sails harmlessly through to Brendan Clarke's arms.

Limerick have settled quickest with a period of sustained possession and a series of neat passing.

Nicky Low gets a stern talking to after a stern challenge on Darren Dennehy.

Derry City get us underway eventually through Rory Patterson, after a delay due to a problem with one of the nets.

The teams are out here at the Brandywell to a rousing reception.

Odhrán Crumley here reporting from the newly re-developed Brandywell Stadium. Derry City eventually return home after eighteen months outside of their 'spiritual home'. The game is an expected sell-out reflected by the crowd filing into the ground well before kick off. I will talk you through all of tonight's action! 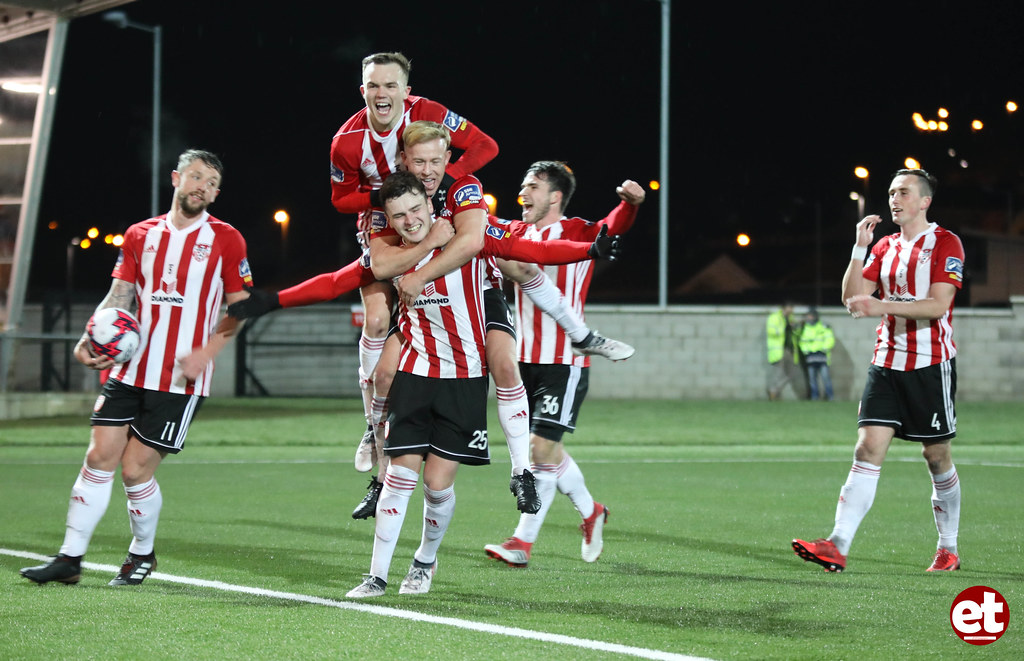 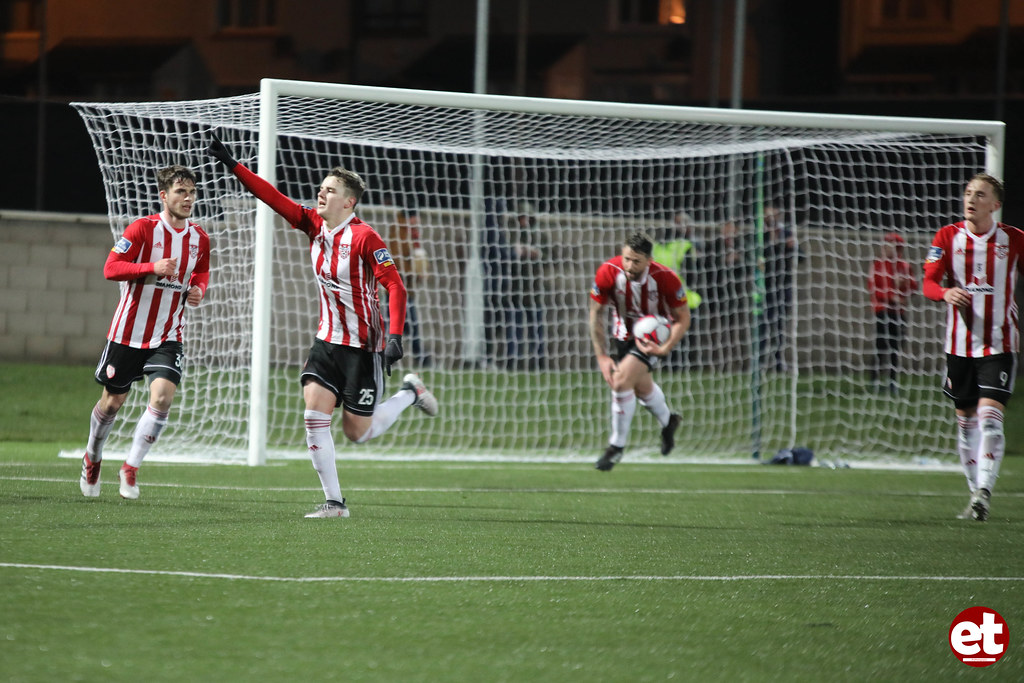 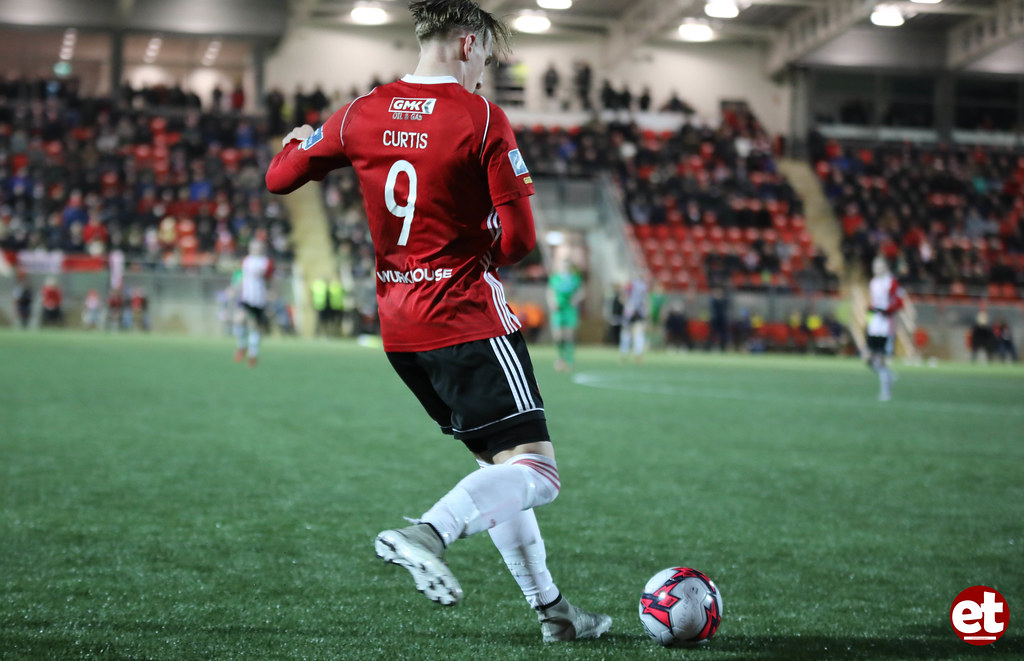 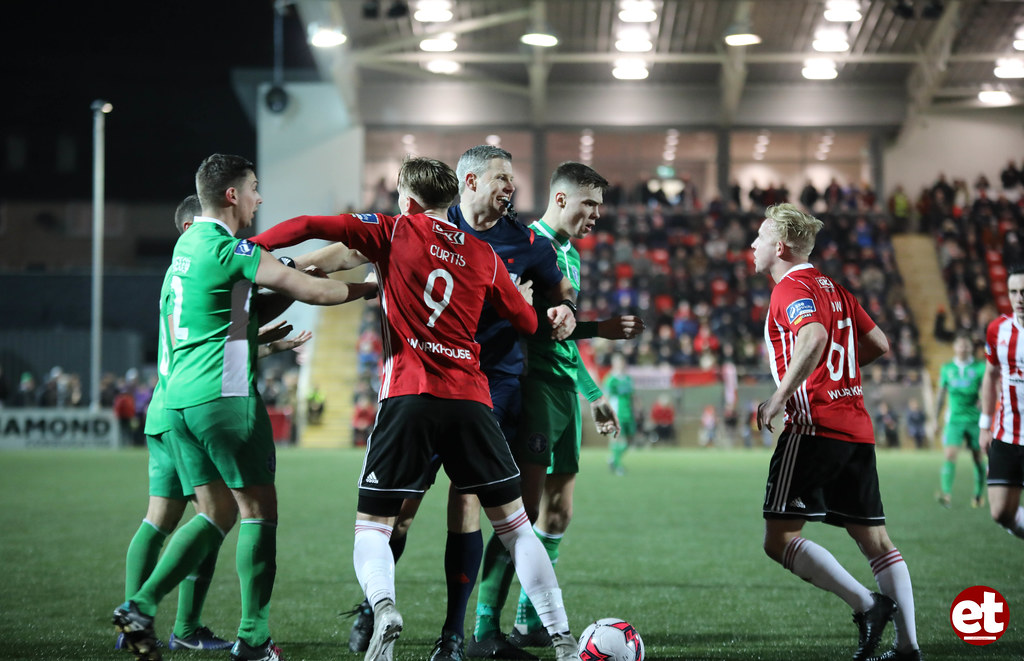 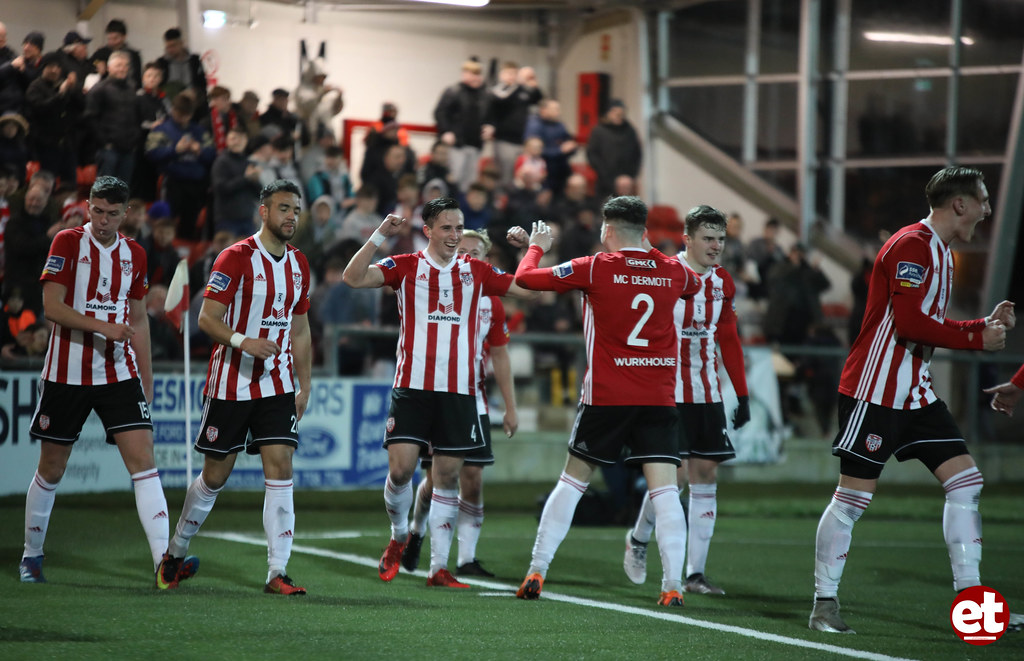 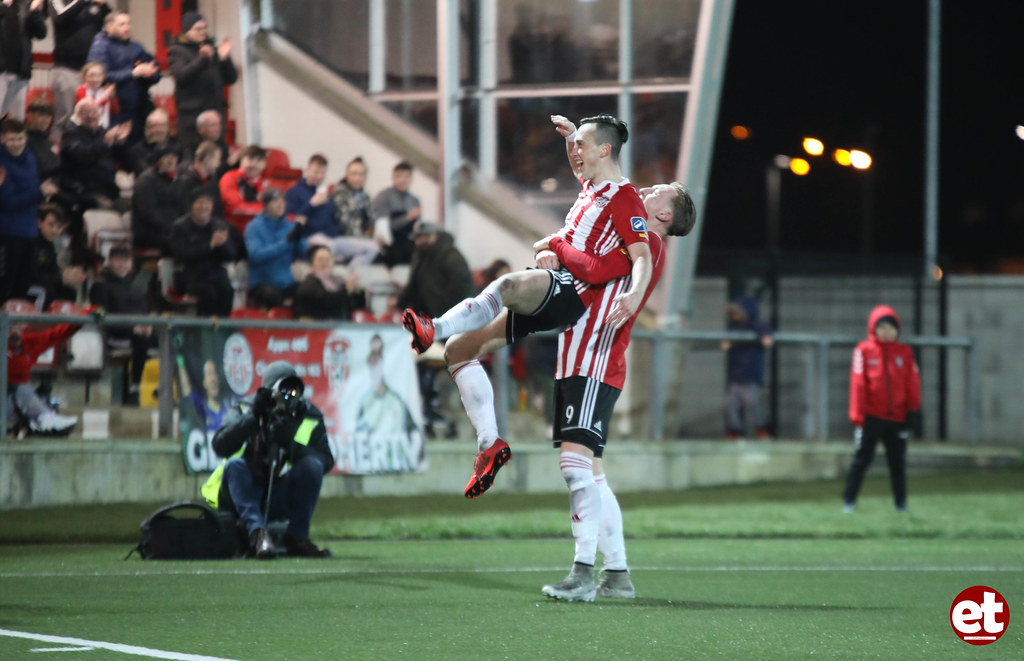 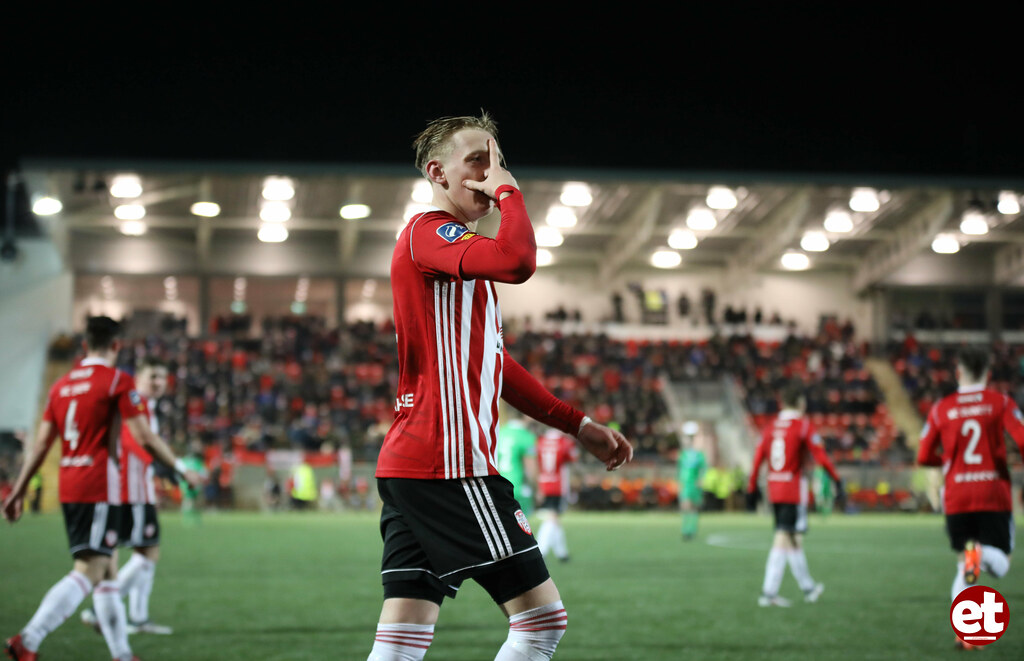 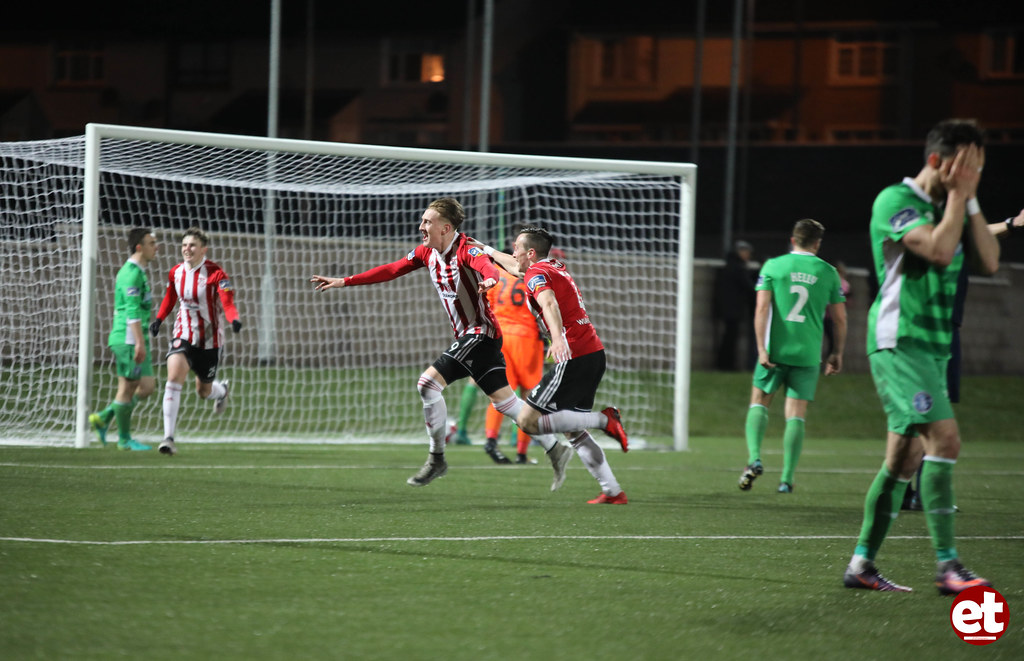 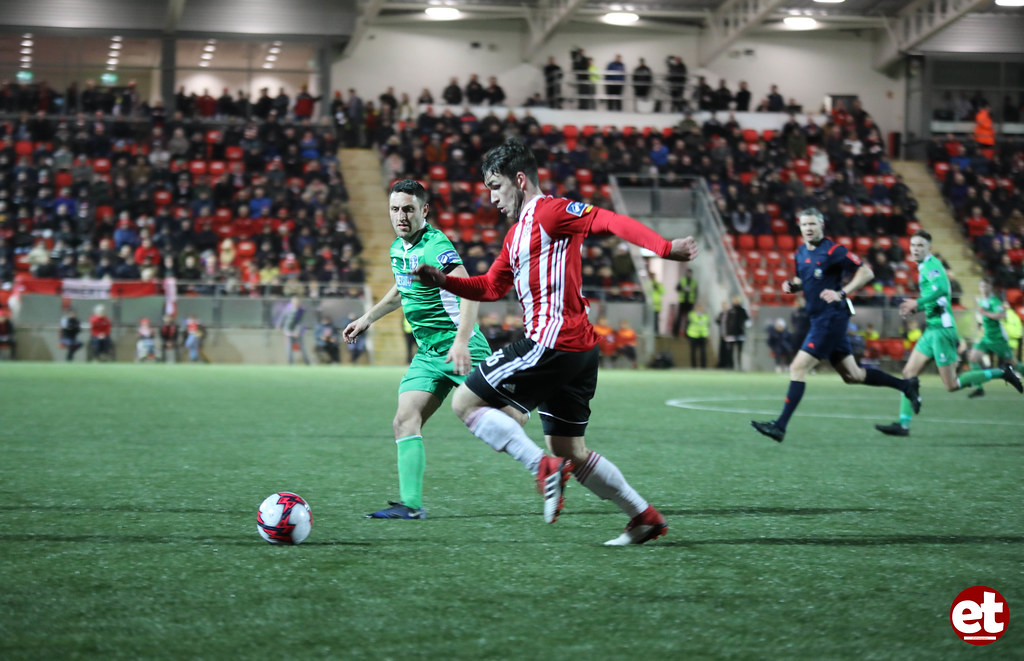 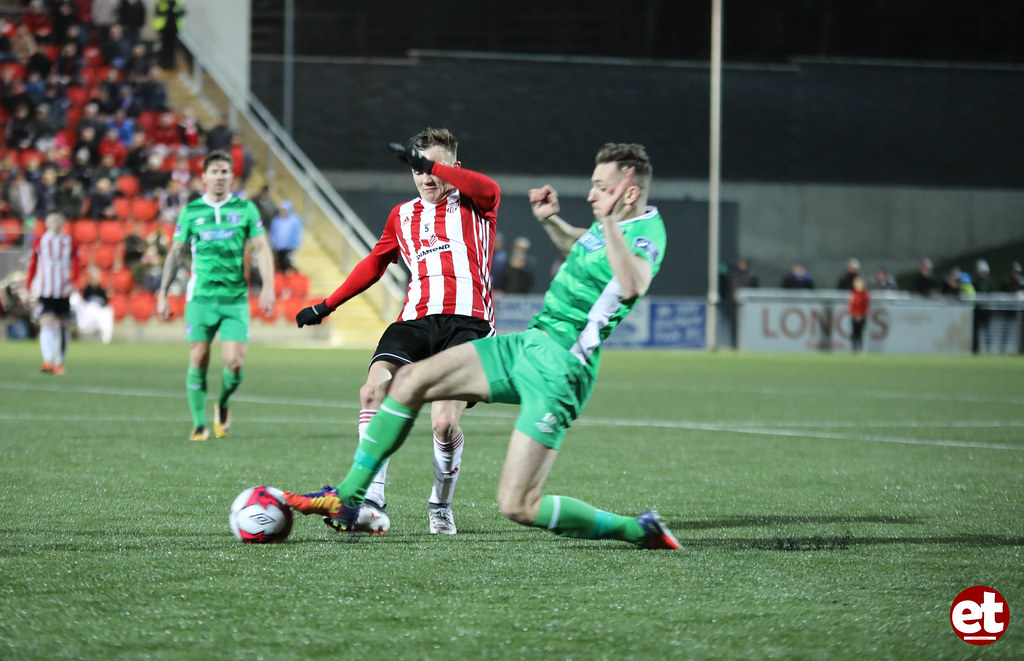 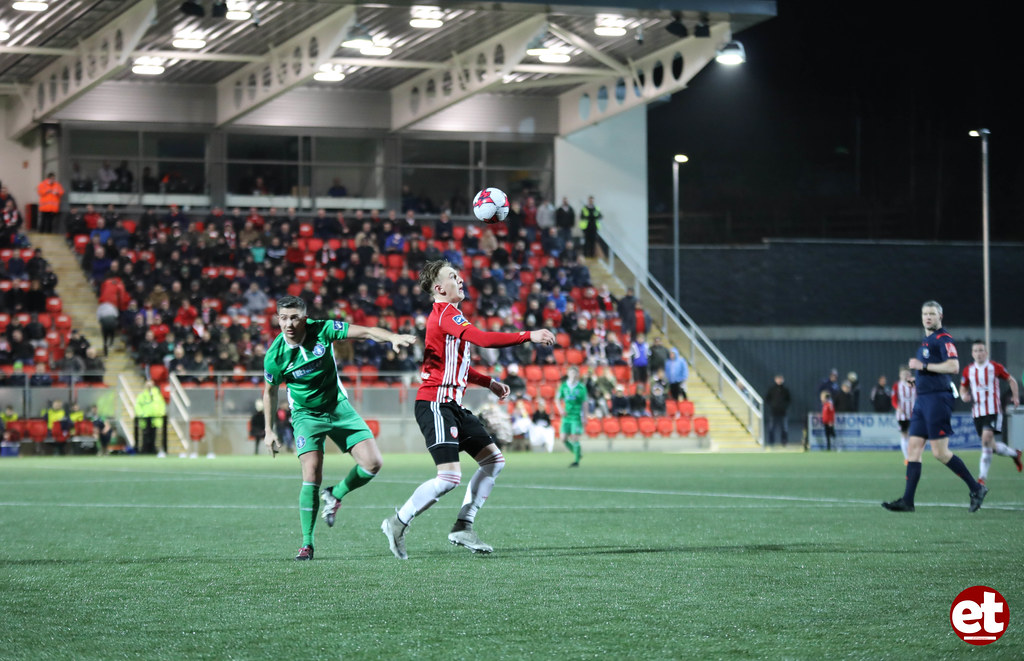 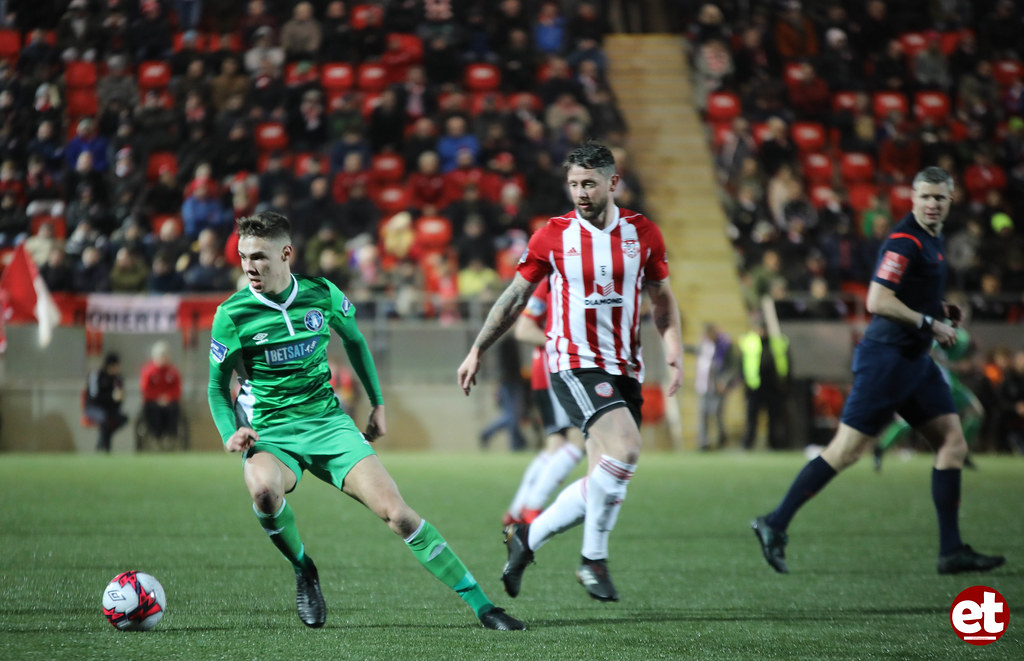 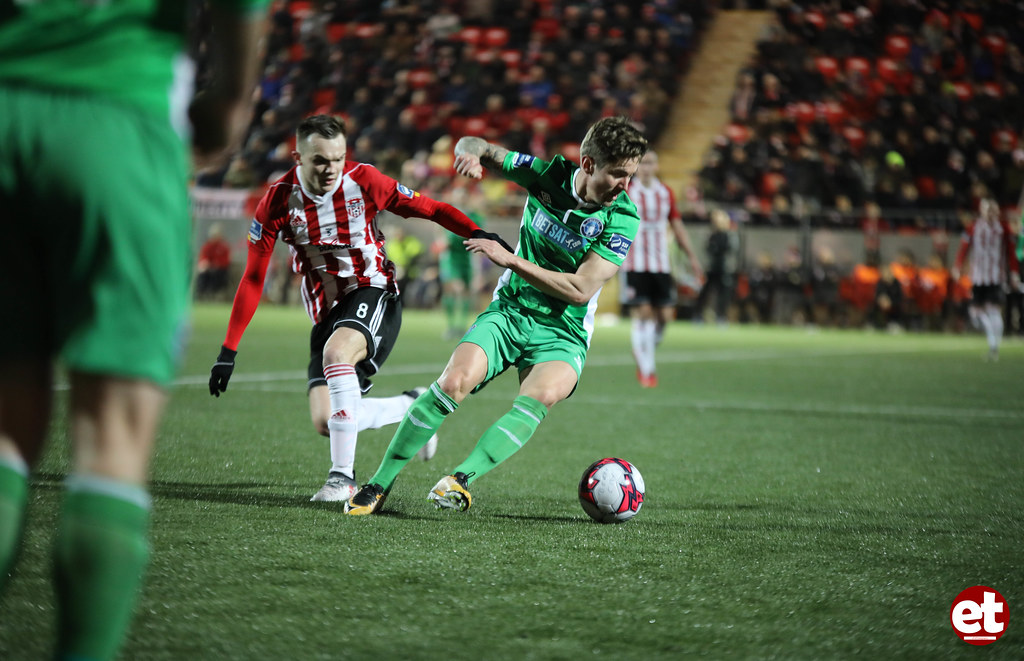 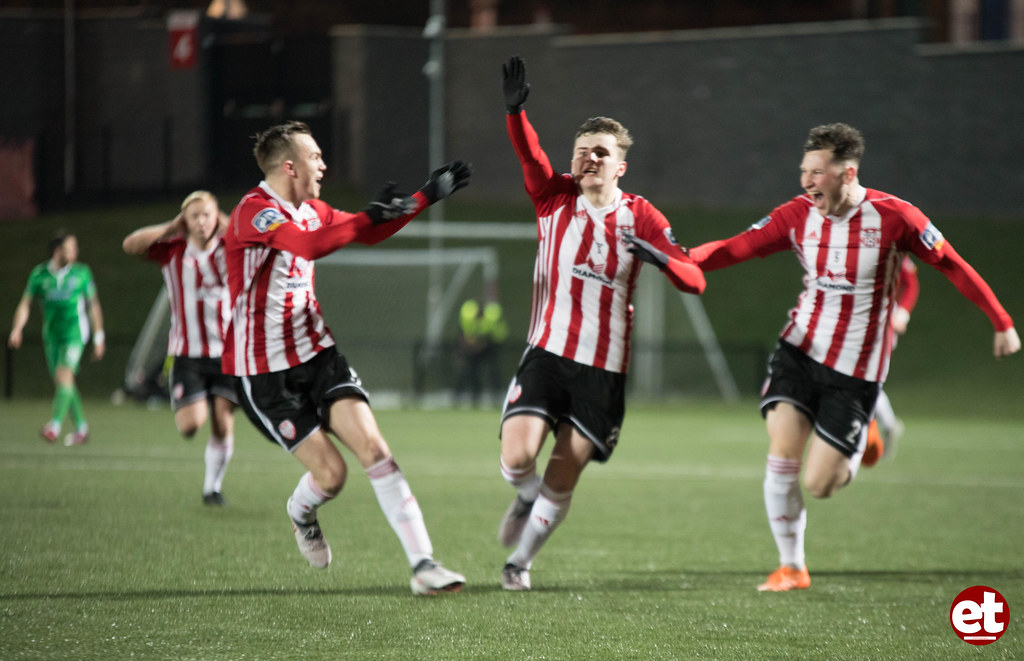 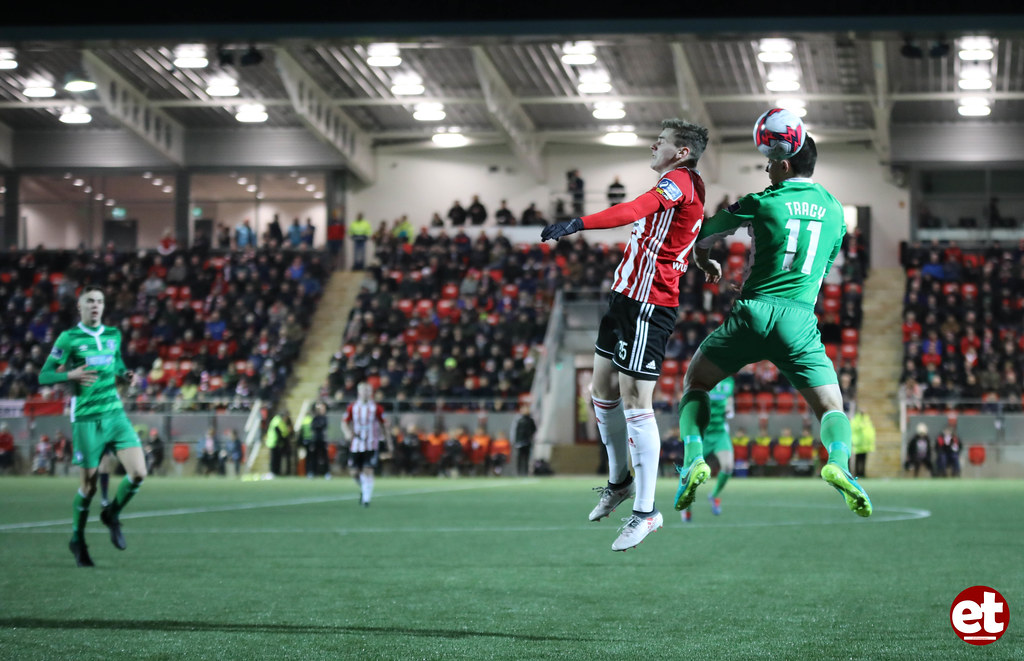 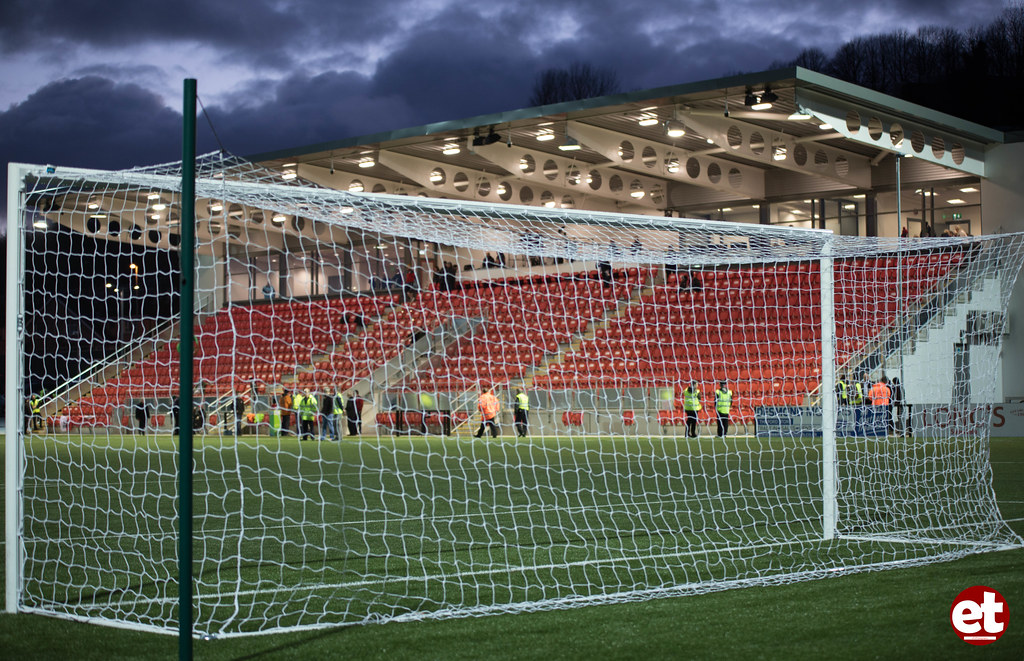