Darren Cole has a shot from distance which tails just wide of post.

Derry City free slightly to the right around 25 yards from goal is taken by Nicky Low and hits the wall.

Greg Moorhouse gets in behind the Derry defence thanks to a great pass from Rhys McCabe. Greg Moorhouse's effort goes towards the backpost and merely inches wide of the goal, great move.

Sligo overturn Derry in the middle of the park but Caolan McAleer opts to take the ball to the corner in order to kill some time.

Free to Sligo out on the right touchline and Sligo opt to keep possession out in the right corner of the pitch.

The introduction of Eoin Toal means that Derry will go three at the break, pressing on in an attempt to get back into the game.

Derry City free midway into the Sligo Rovers half and Aaron McEneff swings it into the area and Darren Cole heads wide.

Eduardo Pincelli tries to play Greg Moorhouse in but he overhits the slip pass and it trickles out for a goalkick.

Gavin Peers stops a Sligo counter knocking the ball out for a corner. Eduardo Pincelli swings it into the area and Gerard Doherty comes off, of his line to catch.

Aaron McEneff swings in a free from the right deep into the area which evades everyone before going out for a goalkick.

Free to Sligo out on the right touchline swung in by Rhys McCabe but evades everyone before being cleared.

Better from Derry as they win another corner but Aaron McEneff cannot beat the first man and the ball is cleared.

Ben Doherty cuts inside and hits a powerful shot with his left foot that looks destined for the top corner only for Mitchell Beeney to dive to his right and save. The resulting Aaron McEneff corner is cleared.

Caolan McAleers holds the ball up on the edge of the area before backheeling to Adam Wixted who really should score ten yards out but Gerard Doherty does well to save his powerful effort and getting back to his feet to gather the ball.

Alex Wixted shoots over the bar on the volley from 25 yards.

Lewis Morrison scores for Sligo Rovers. Sligo break from a Derry corner with a Mitchell Beeney long ball, Caolan McAleer crosses from the right and Morrison finishes into the net first time.

Derry City win a corner which Nicky Low swings into the area and Ronan Hale's header at the back post is deflected for another corner. Aaron McEneff swings it in from the other end and Mitchell Beeney catches it.

Derry City get us back underway through Ronan Hale.

Derry free out the left Aaron McEneff swings it in and it is cleared.

Ronan Hale chases the ball down and has a shot on his left foot but the ball is straight at and caught by Mitchell Beeney.

Ronan Hale makes a great challenge to stop Lewis Morrison in but the ball goes for a corner. Rhys McCabe goes for the front post and the ball is cleared for a throw. Rhys McCabe takes a long throw into the area and Seamus Sharkey heads over.

Nicky Low has a shot from 35 yards which is blocked for a corner. Aaron McEneff swings it in and Raff Cretaro heads clear.

Ben Doherty heads the ball into the path of Ronan Hale his effort forces Mitchell Beeney into a save.

Rhys McCabe swings in a corner for Sligo the ball falls to Adam Wixted on the edge of the area his powerful effort goes for another corner. This time Rhys McCabe's corner goes for a goal kick.

Scrappy last few minutes with both sides giving possession away with most of the game being played in the middle third.

Raff Creataro wins a free with his first touch midway into the Derry half. Rhys McCabe sends it long but the referee awards a free out.

You will notice a BUY US A COFFEE button at the top of these updates. If you like what we do & would like to contribute the price of a coffee (or lots of coffees) you can do so now by clicking the icons themselves or directly on this link - https://ko-fi.com/X8X6D5R1 This website is run 100% voluntarily so every cent we get ensures our survival.

Jack Doyle takes a throw deep in the Sligo half the ball is switched out the right to Conor McDermott who unleashes a bullet of an effort that flies to the left and wide of the post. Mere inches from net.

The first real shot of the game see's the ball fall down to Ronan Hale on the half volley who fires over the top from the right of the eighteen yard box.

Caolan McAleer's shot is blocked by Jack Doyle and Rhys McCabe swings in the corner and Nicky Low clears.

Both teams trying to settle into the game here as Nicky Low turns the ball over before Rory Hale tries to play Ben Doherty in down the right, easily cleared though.

Sligo Rovers get us underway through Rhys McCabe.

Odhran Crumley here at the Brandywell Stadium ahead of the meeting of Derry City and Sligo Rovers. I am in position, laptop on my knee (literally) and ready to talk you through all of the action. 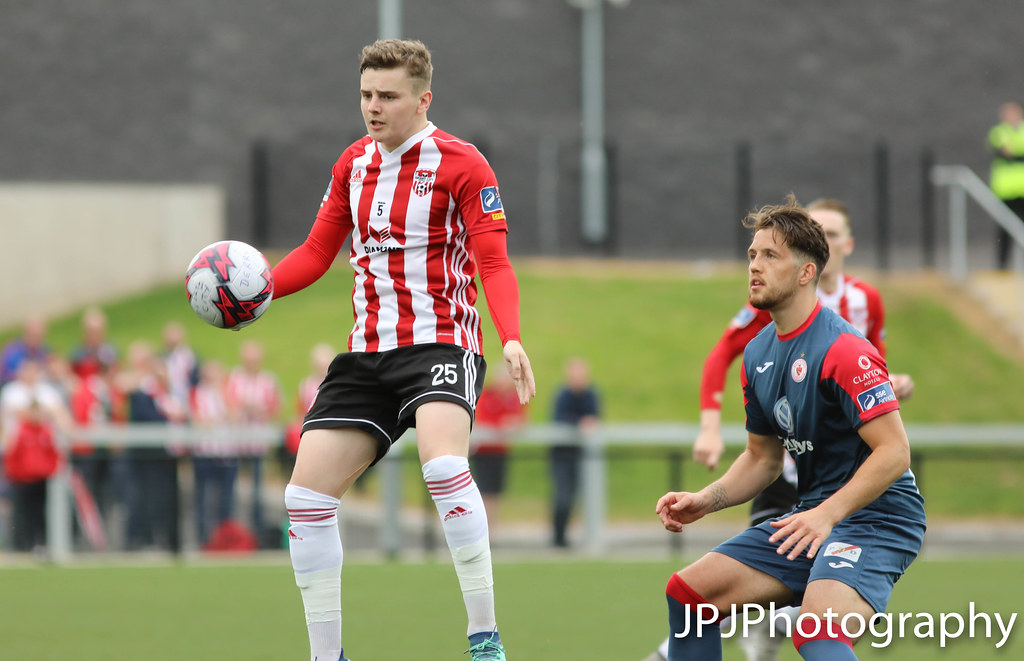 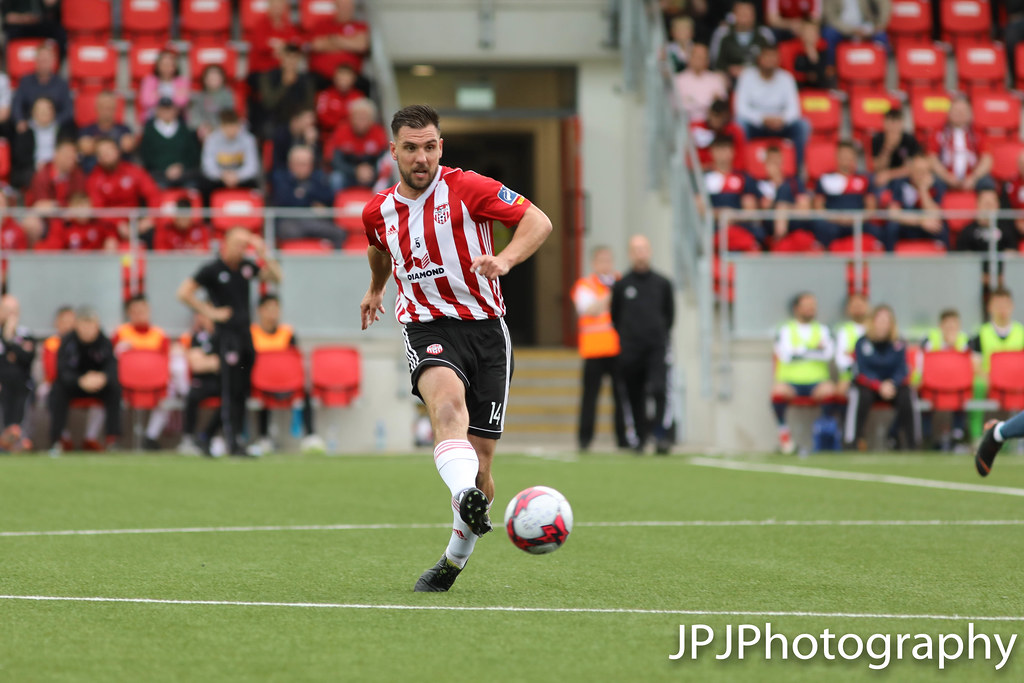 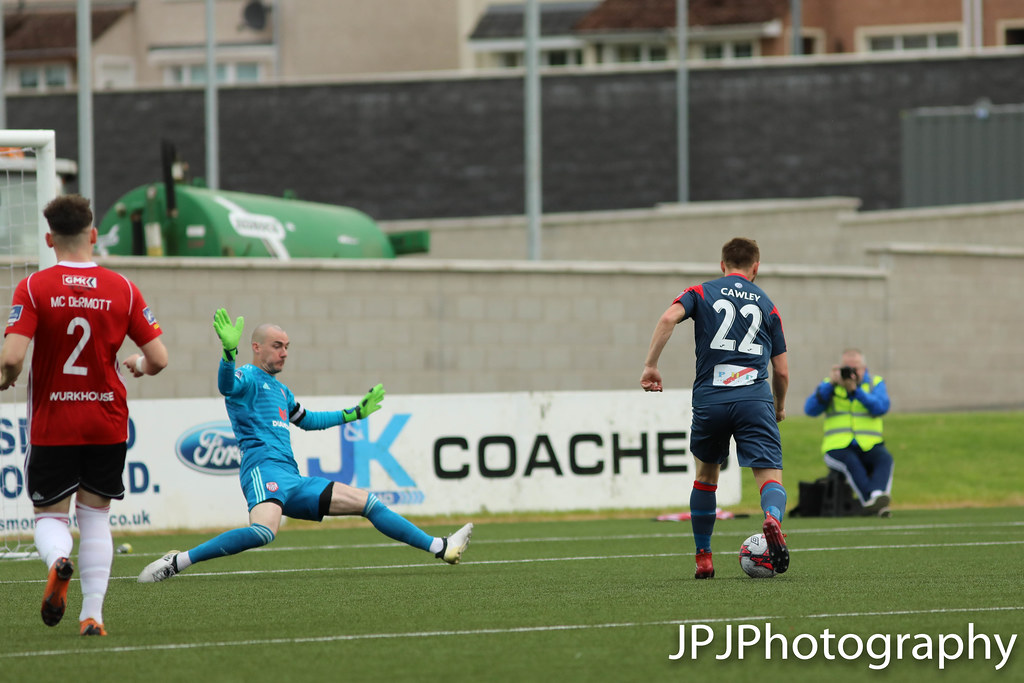 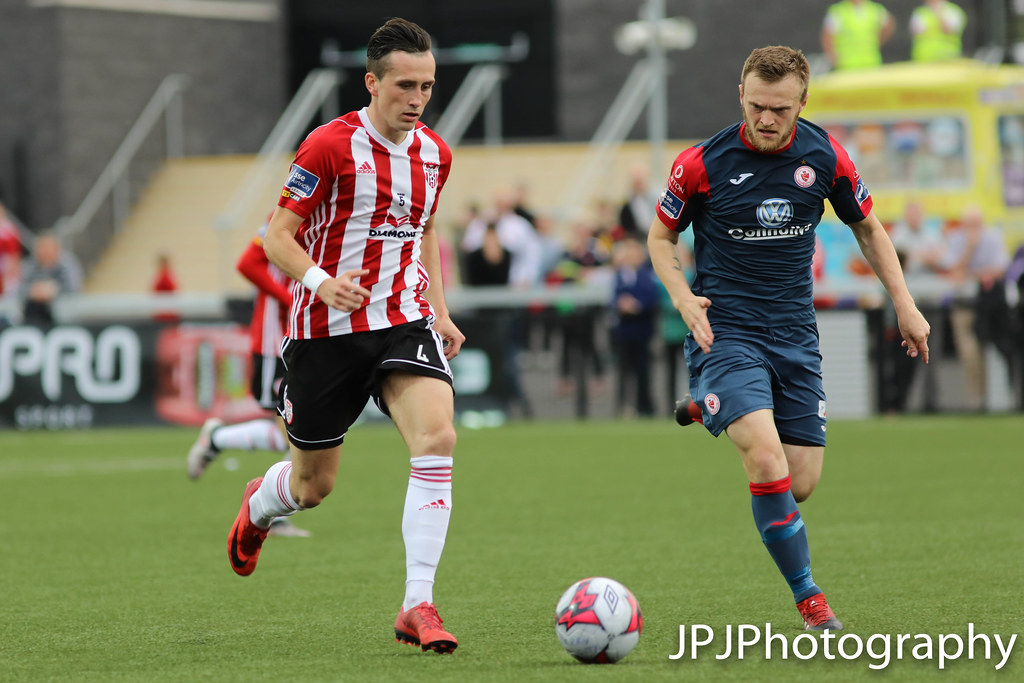 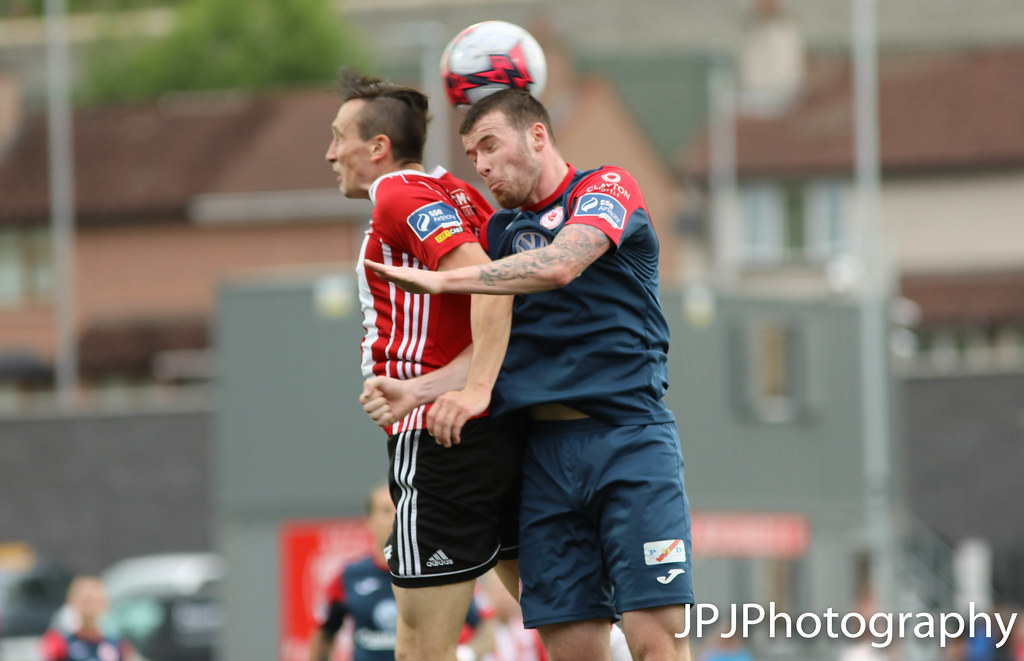 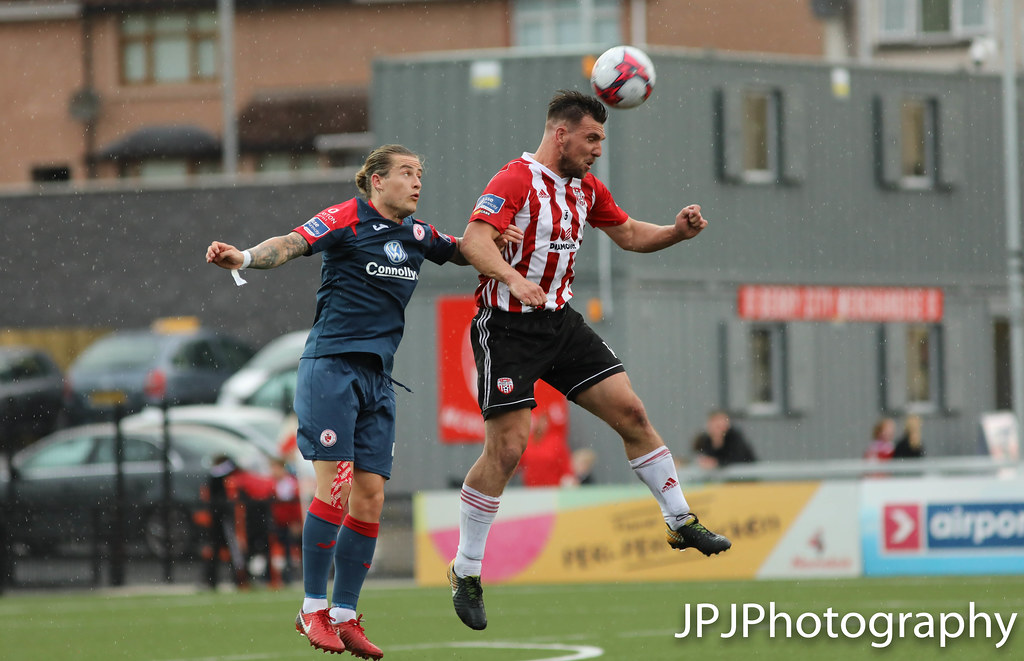 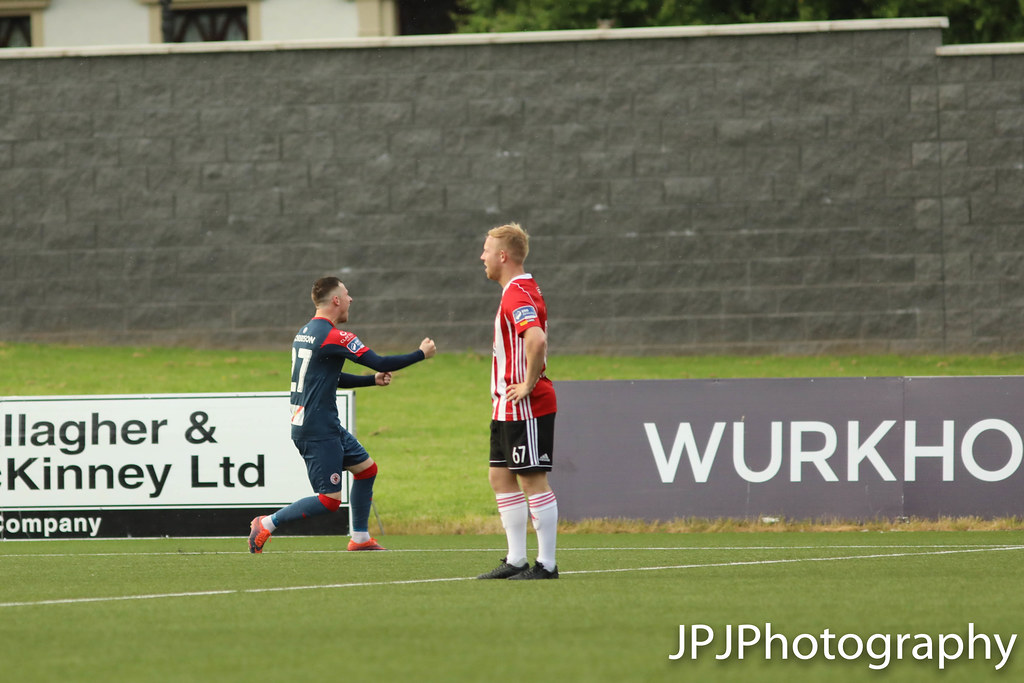 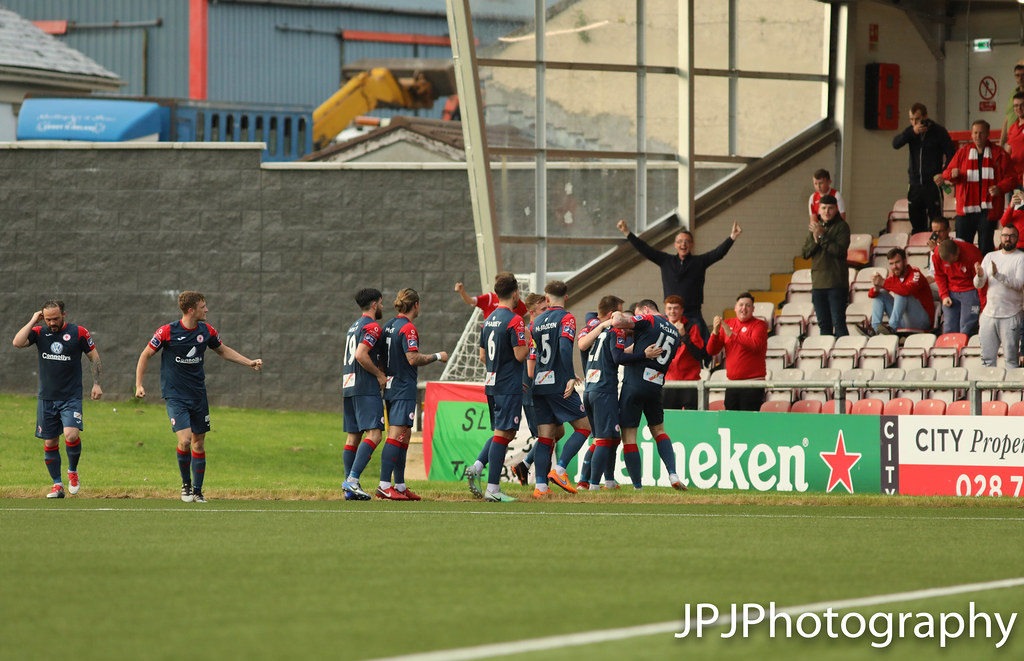 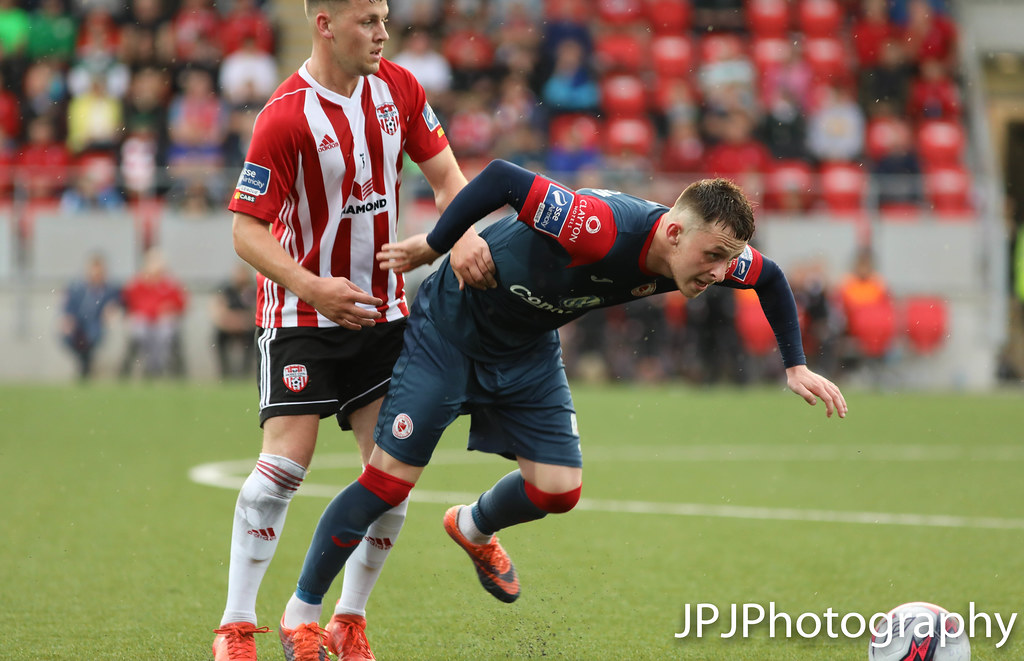