Lovely effort from Ward, as McNulty punches a cross to the edge of the box and the midfielder chests the ball down before dinking a lob just past the post.

A long ball is headed by Morris only as far as Sadlier, who blazes over from the edge of the box.

Devaney has a pop from outside the box but it's blocked and easily saved by McNulty.

Sadlier in down the left for Bohs again but he can't decide whether he wants to shoot or cross and does neither, sending the ball looping into the stand.

Bohs again respond in the right manner, and Keith Buckley finds room for a shot on the right but can't find the target.

Graham Cummins scores for Cork City. Against the run of play, Cork make it two as Cummins races through from the left and he makes no mistake with an emphatic finish into the top corner.

Bohs asre playing some immense stuff here now. A ball over the top from Byrne finds Stokes, whose first touch is sublime, but Sean McLoughlin is able to get back to barely intercept.

Cork started to have more joy in forward areas now, and McNamee shows Leahy a clean set of heels before firing a low ball across the goal that needed just a touch of any kind to turn it in.

Should be 2-0 Cork and again from nothing. McNamee clips in a cross from the right and it sails all the way to the back post, where the substitute Sadlier makes contact but can only turn it back across goal.

Cummins plays for a free in the Bohs half and doesn't get - Cork can't afford to give the ball up so easily. Bohs move up the pitch quickly and Ward shoots wide when he needed to keep the pressure building.

Scintillating stuff from Bohs as they move the length of the pitch with two incisive passes, and McNulty is out of his box again to concede the throw-in. Grant then goes down in the box but referee Paul McLaughlin isn't moved to award the spot-kick.

Chance for Cork as Rovers are caught upfield and Cummins runs in down the right before fizzing in a ball Sheppard isn't far from connecting with at the back post.

Cork are blessed at the moment. Sheppard trips over his own feet, leaving Ward to run into the box, but the referee decides it was in fact a foul and pulls it back. Lucky...

Bohs fans get riled up as some kids by the pitch play with the ball rather tha give it back for a quick throw. It doesn't affect Bohs, however, and Lunney is the latest to find a yard and strike over.

Stokes this time sees his shot flash past the post. It's not exaggeration to say Cork have touched the ball a handful of times in the past ten minutes, and it's usually been the keeper.

Ward perhaps a touch fortunate not to be penalised as he goes for a Buckley cross with his hand and catches MCLoughlin around the face, but fortunately no real contact made.

Watts plays a quick pass through the defence for Stokes to chase and he's almost in, but McNulty is so quick out of his box to reach the ball first.

Great chance for Bohs as Keith Buckley turns back on his left side and sends in an inviting cross. Eoghan Stokes catches it first time on the volley but again the power isn't enough to beat McNulty.

The Bohs barrage continues, and more good one-touch play sees Watts again find space to shoot on goal, but again he curls his shot past the post.

Bohs piling on the pressure now and, when Bohs fail to clear a Darragh Leahy cross, Watt's shot is deflected wide. The resulting corner is right on top of McNulty but he does very well to claim and stay in front of his line.

And that's a spectacular effort from Ward that's heading for the top corner, but there's not quite enough power on it to truly trouble McNulty, who manages to gather well.

Lovely touch from Lunney this time, backheeling it to himself inside the area, but again it runs just too far when a lighter touch would have given him a sight of goal.

Bohs having a right go here and taking risks. Keith Ward tries to create from deep and Lunney turns his pass first time around the corner for Stokes, but he puts too much on the ball. Right idea.

Corner for Cork after what looks a clear handball from Barry McNamee is let go, and he plays in Cummins, who forces the set piece. Keohane's delivery is headed clear at the front post by Buckley, and McNamee has a speculative shot from outside the box that flies well over.

More positive build-up play from Bohs sees Leahy get up the left and work the ball towards Dylan Watts, who has space to line up a shop that has McNulty worried but zips just past the base of the left-hand post.

Chance for Dan Byrne as Keith Ward hangs a cross high towards the back post, and he wins the ball but can't get enough around it to trouble the goalkeeper Mark McNulty.

A positive response from Bohs as Keith Buckley's deep cross is headed behind for a corner by Horgan.

Colm Horgan scores for Cork City. Disaster for Bohs as Horgan's inswinging cross bounces in front of Graham Cummins - who doesn't appear to touch it - and sails straight into the far corner of Shane Supple's goal.

Half-chance for Bohs as Darragh Leahy finds space down the left and plays a nice early ball in towards Eoghan Stokes, but Conor McCarthy does well to head clear. Cork break quickly down the other end and Keohane sees his cross turned behind by Dan Byrne.

Cummins does well to get in down the right and stands up a cross for Karl Sheppard at the back post, but Rob Cornwall just about gets a touch on the ball to take is past the striker's head.

Cork have lined out with Karl Sheppard to the left and Barry McNamee to the right of target man Graham Cummins. Sheppard is the first to test the Bohs backline, running into space after Keith Buckley had rushed out of his defensive space and cut in towards goal, but Ian Morris is across well to cut short his progress.

Five changes for part-time Bohs following their midweek exertions in Derry, with Rob Cornwall and Eoghan Stokes among those restored. Just the one change, and it's a surprising one, for Cork: Kieran Sadlier drops out to be replaced by Jimmy Keohane, who scored the winner against Sligo Rovers on Monday.

Teamsheets for @bfcdublin v @CorkCityFC. That should be Barry McNamee of Ramelton, Donegal there, not Barry Maguire of Tiel, Netherlands. pic.twitter.com/OllEM3SknK

Hello and welcome to Extratime.ie's coverage of Bohemians v Cork City from Dalymount Park. My name is Dave Donnelly - you can reach me on Twitter @ExtratimeNews or HQ @ExtratimeNews. Or you can just watch the match live on Eir Sports, ya daft thing. 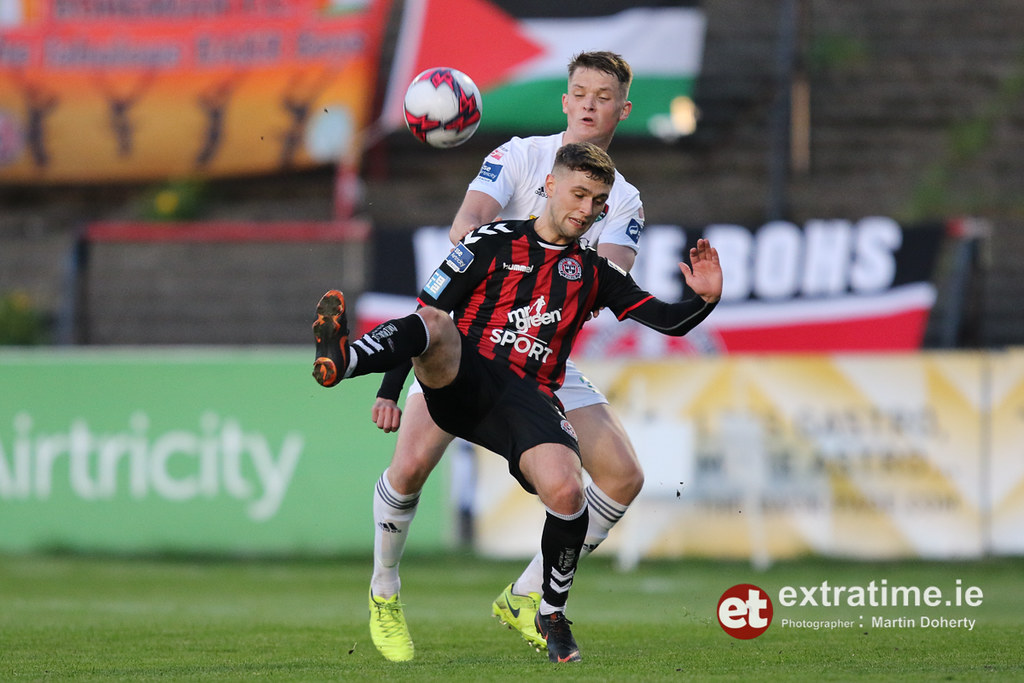 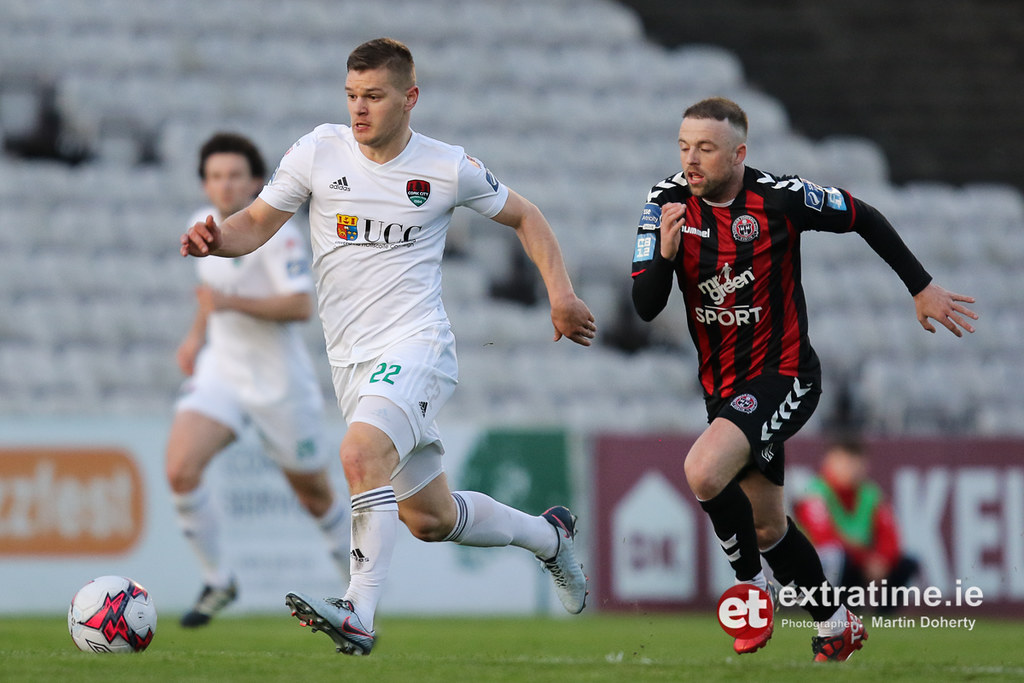 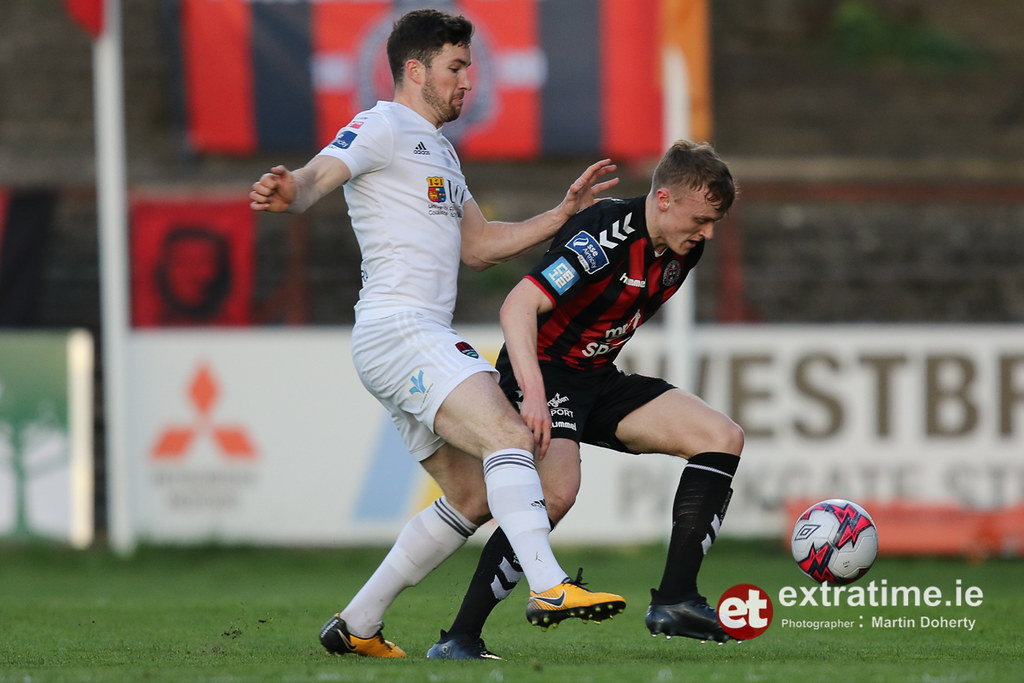 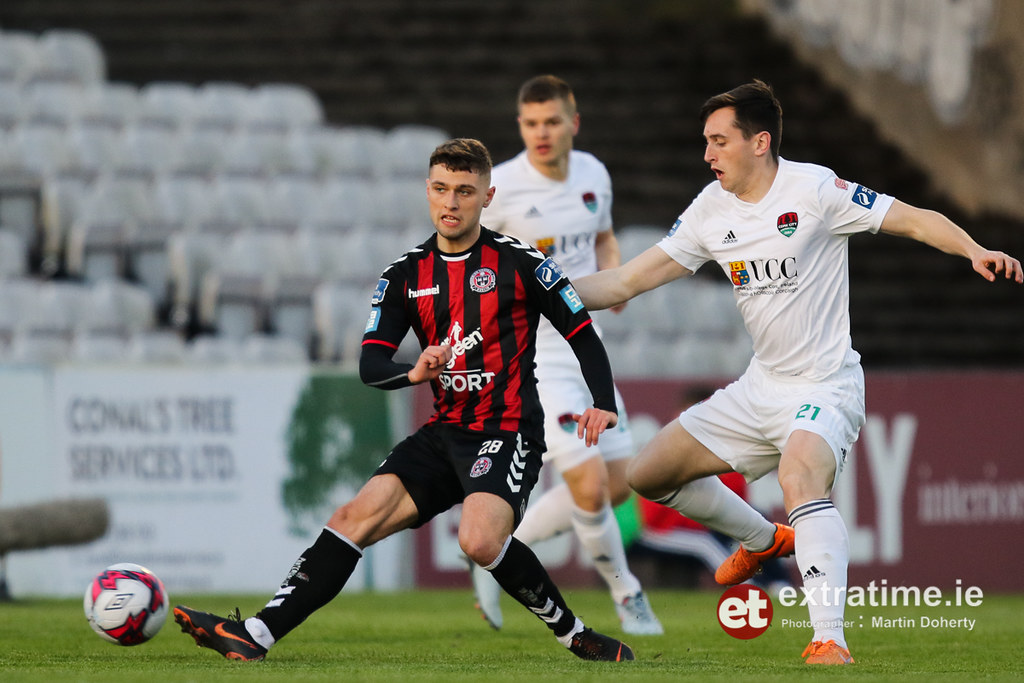 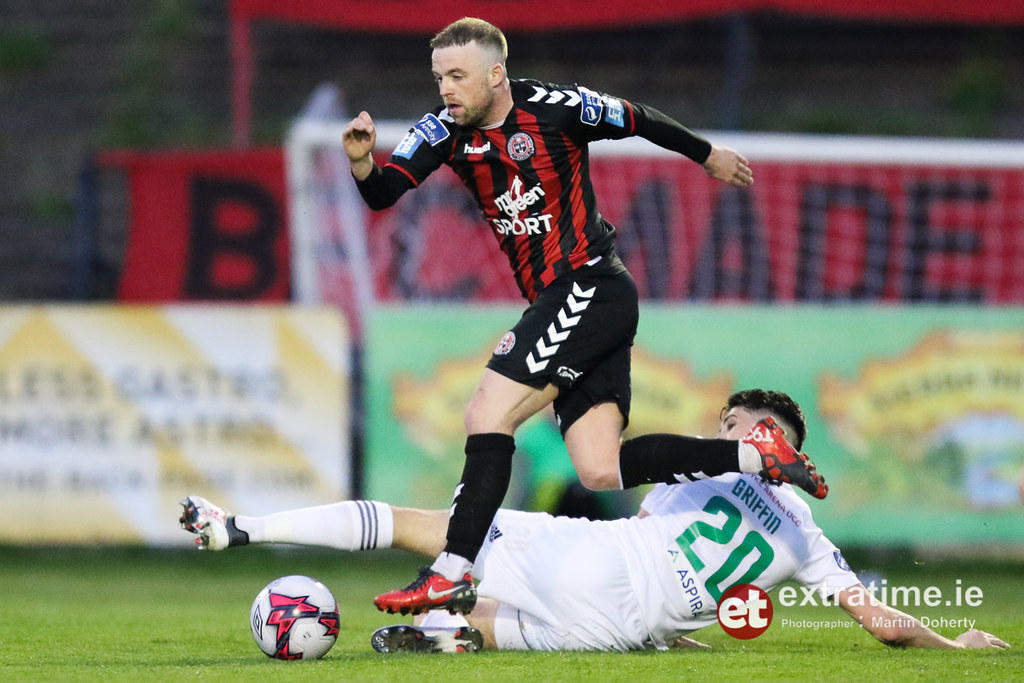 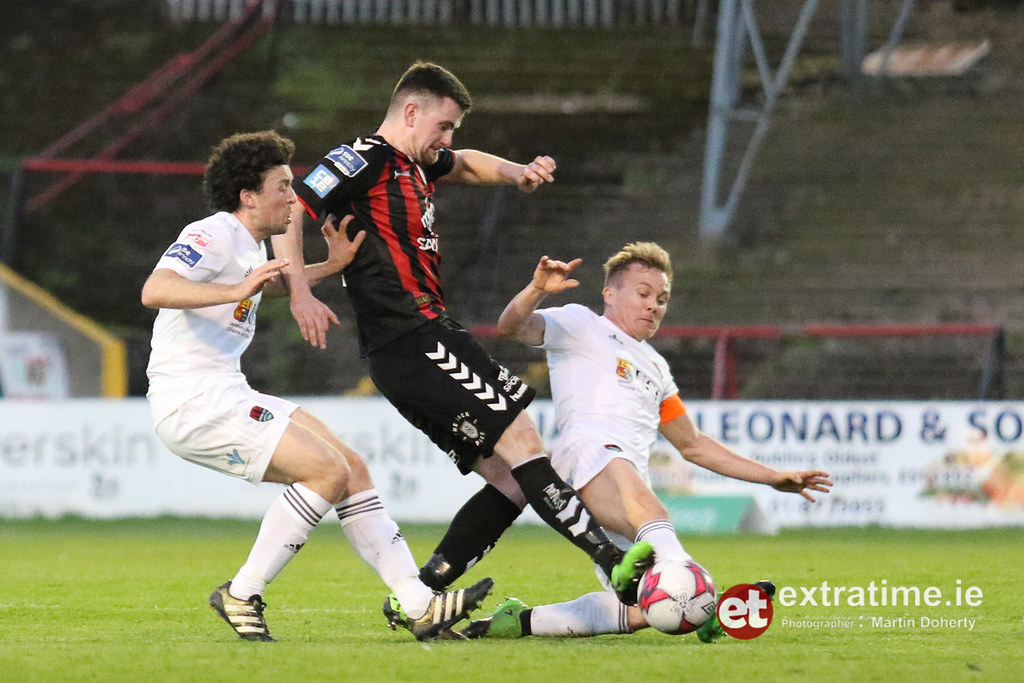 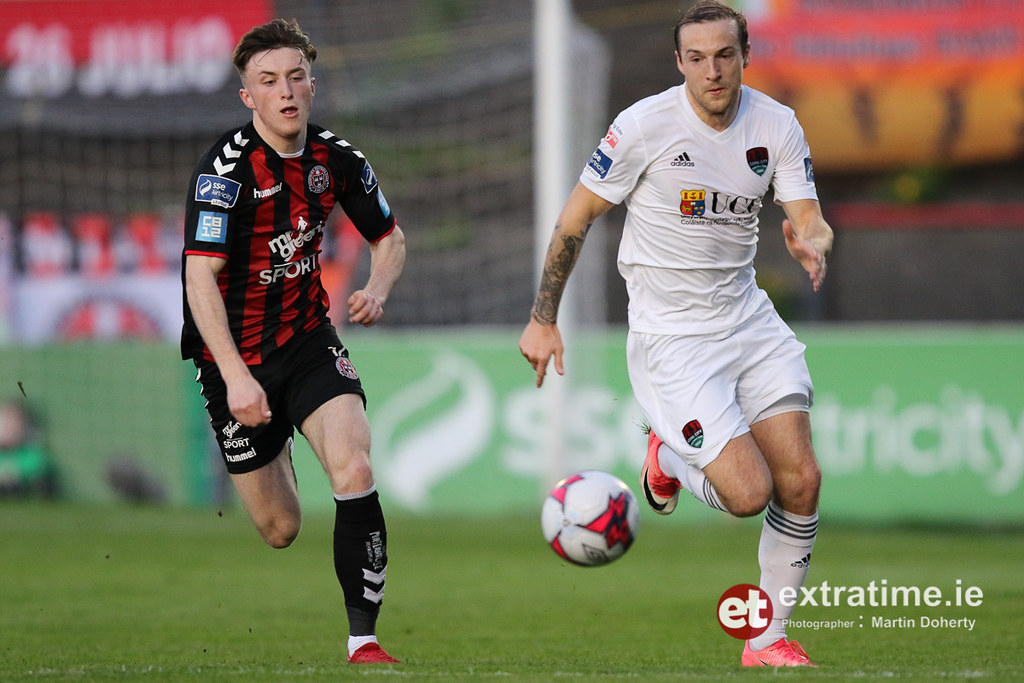 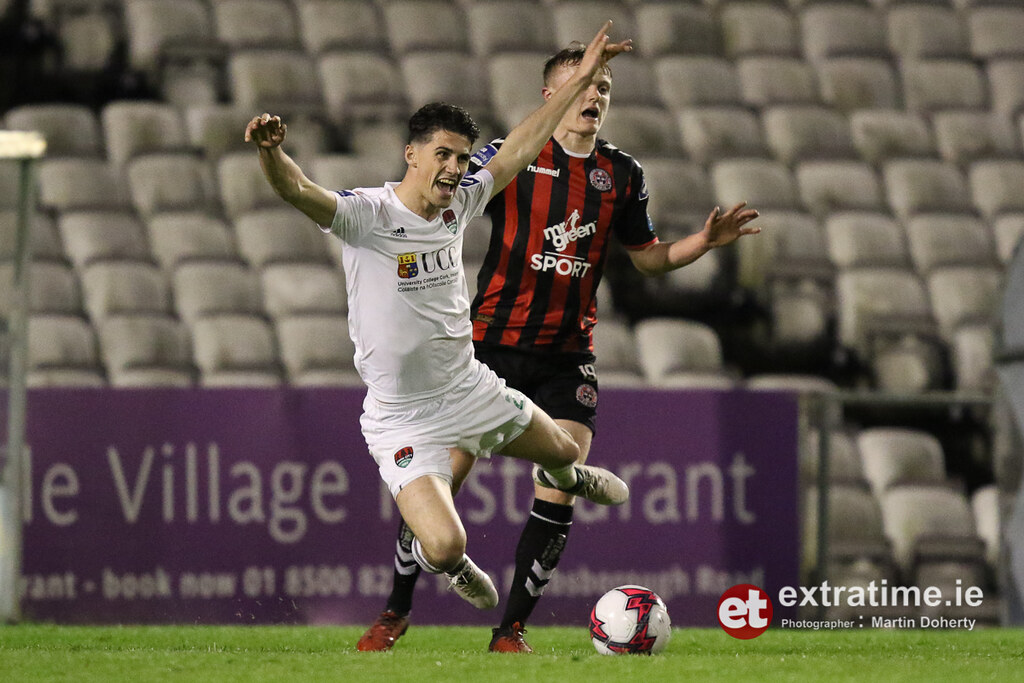 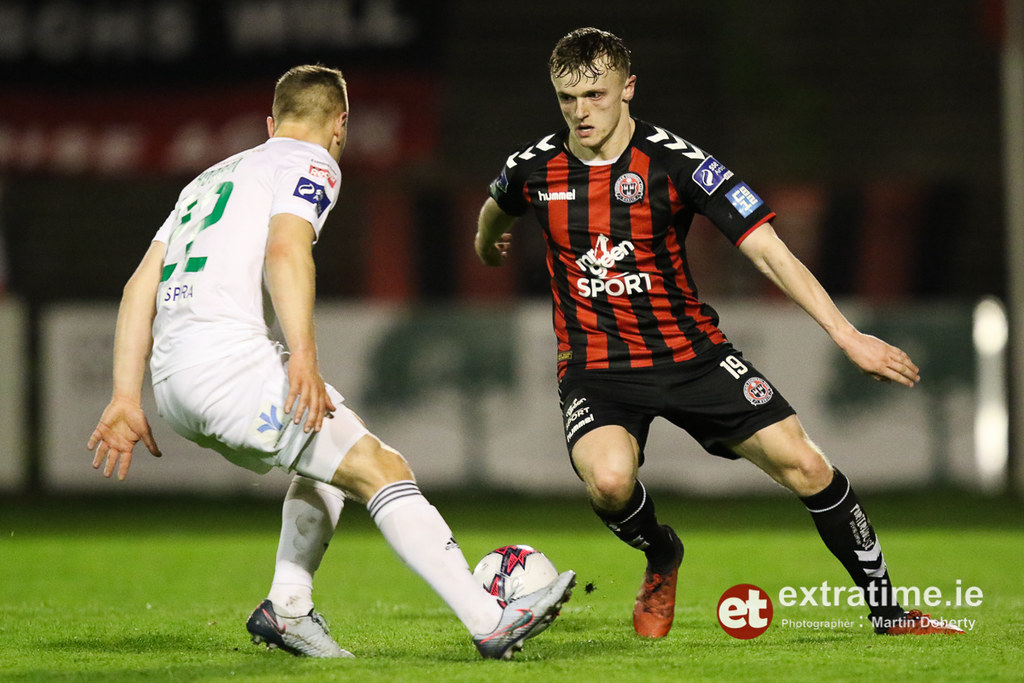 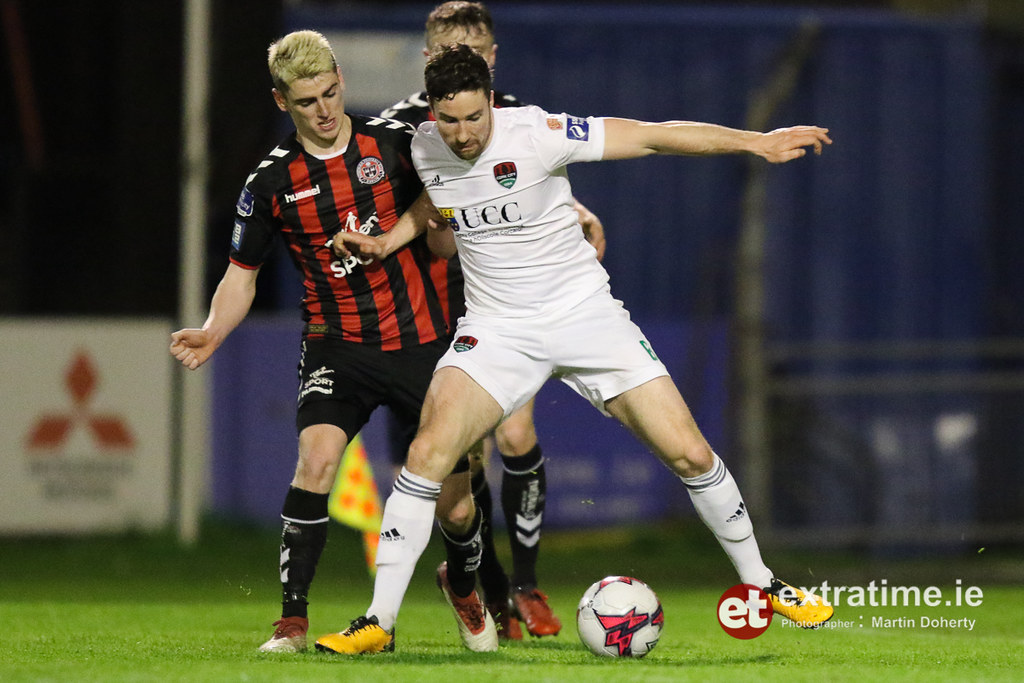 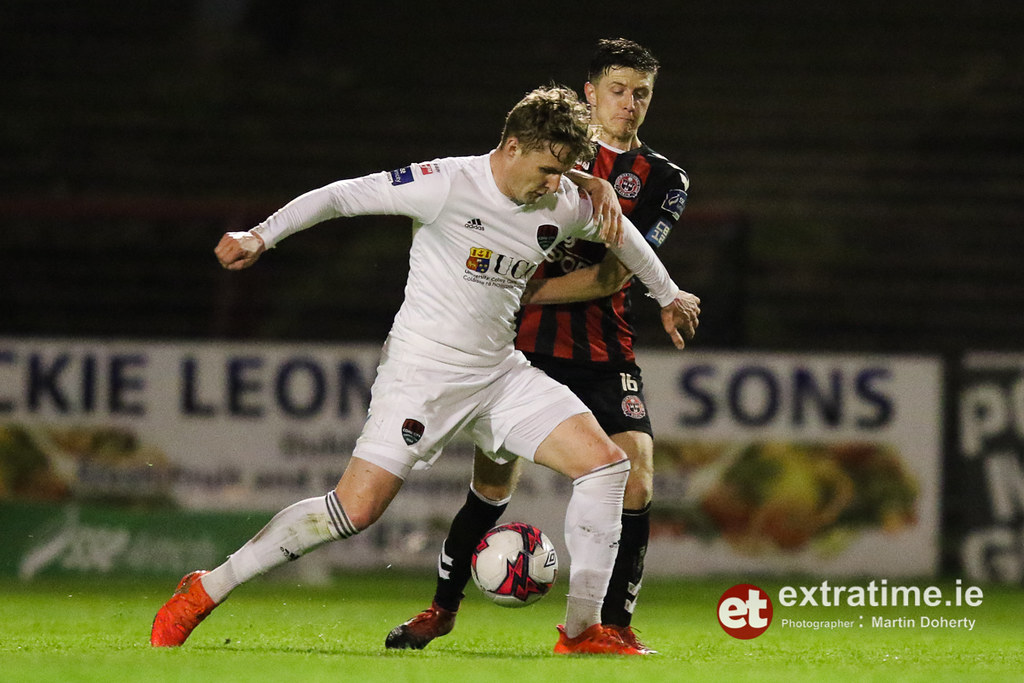 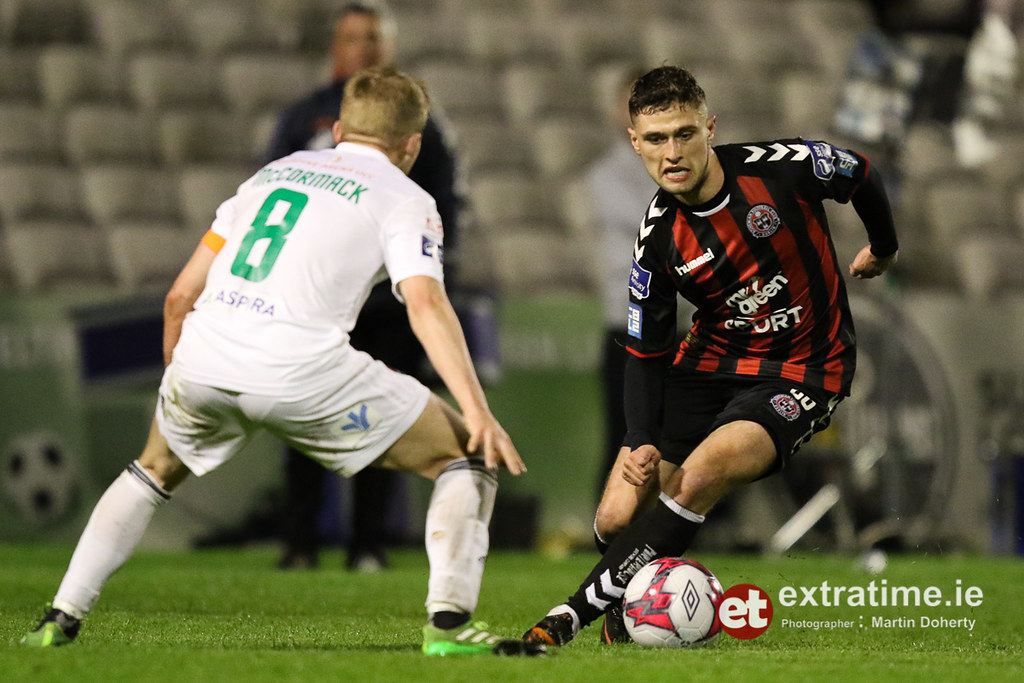